Prof. Barry K. Sharpless (Scripps Research Institute in San Diego, USA) was honoured for the second time with the Nobel Prize in Chemistry (2022 and 2001). 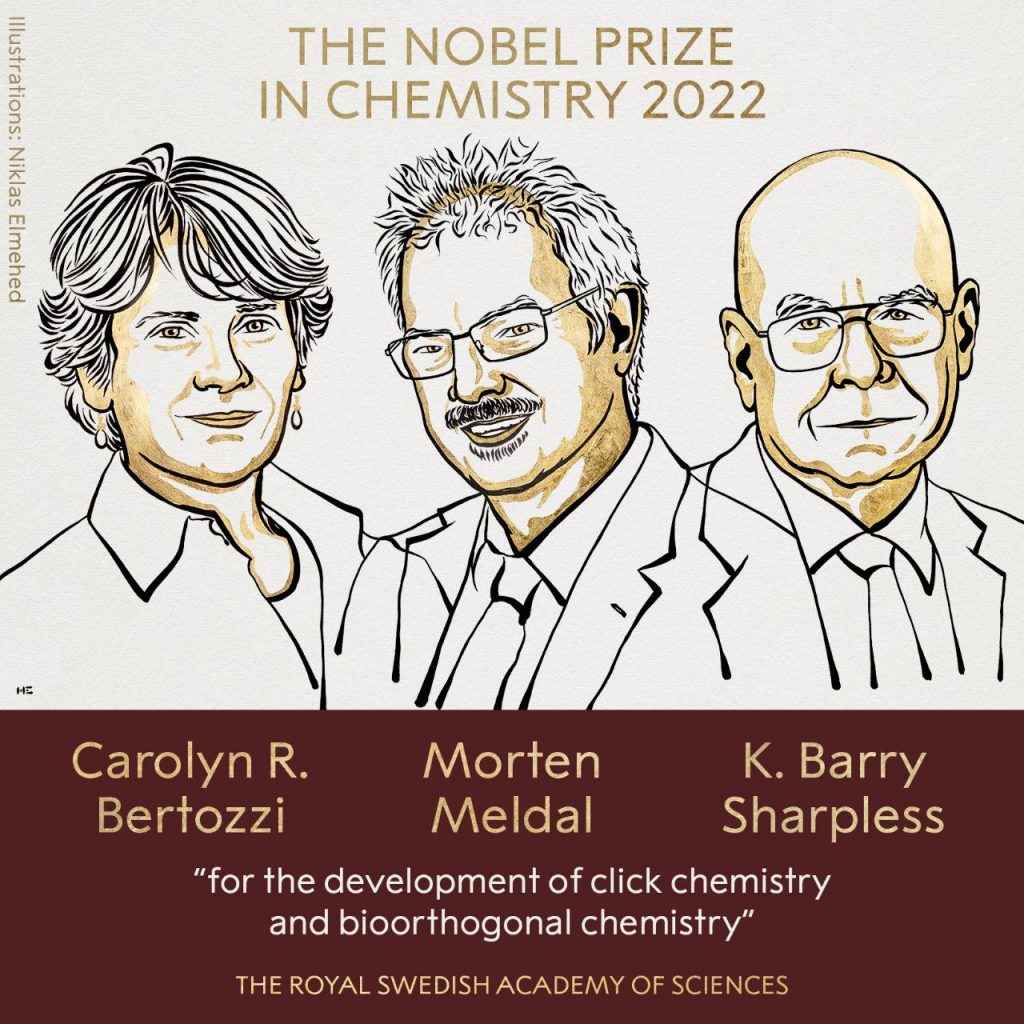 Prof. Sharpless shares the 2022 Prize with Carolyn R. Bertozzi and Morten Meldal « for the development of click chemistry and bioorthogonal chemistry ».

EurASc sends its warmest congratulations to our member. It is an honour to have you as a member of our academy.

Click HERE to listen to the telephone interview of Prof. Barry Sharpless: “You should be attracted to uncertainty”

Prof. Sharpless awarded his second Nobel Prize in Chemistry–one of only two chemists to ever receive such an honor.

Sharpless, the W.M. Keck Professor of Chemistry, shares the prize with Carolyn R. Bertozzi, PhD, of Stanford University and Morten Meldal, PhD, of the University of Copenhagen for the development of click chemistry and bioorthogonal chemistry, according to the Nobel Prize committee.

“Barry Sharpless has had a tremendous impact on chemistry, first with his development of asymmetric synthesis and now with his elegant ‘click chemistry,’” says Peter Schultz, PhD, President and CEO of Scripps Research. “His work opened whole new scientific frontiers that have had a major impact on the fields of chemistry, biology and medicine. Barry has a remarkable combination of chemical insight, uncanny intuition and real-world practicality—he is a chemist’s chemist and a wonderful colleague.”

“Click chemistry”—a term Sharpless coined—is a set of methods for constructing chemical compounds via irreversible, highly efficient reactions between smaller molecules. The “click” refers to the LEGO™-like ease of fitting these modular elements together. This platform has transformed how scientists approach drug discovery, bioimaging and even more.

“This year’s Prize in Chemistry deals with not overcomplicating matters, instead working with what is easy and simple. Functional molecules can be built even by taking a straightforward route,” stated Johan Åqvist, Chair of the Nobel Committee for Chemistry.

Sharpless first studied chemistry at Dartmouth College, later going on to receive his PhD in Chemistry from Stanford University. Before joining Scripps Research, he was a professor in chemistry at the Massachusetts Institute of Technology (MIT) and Stanford.